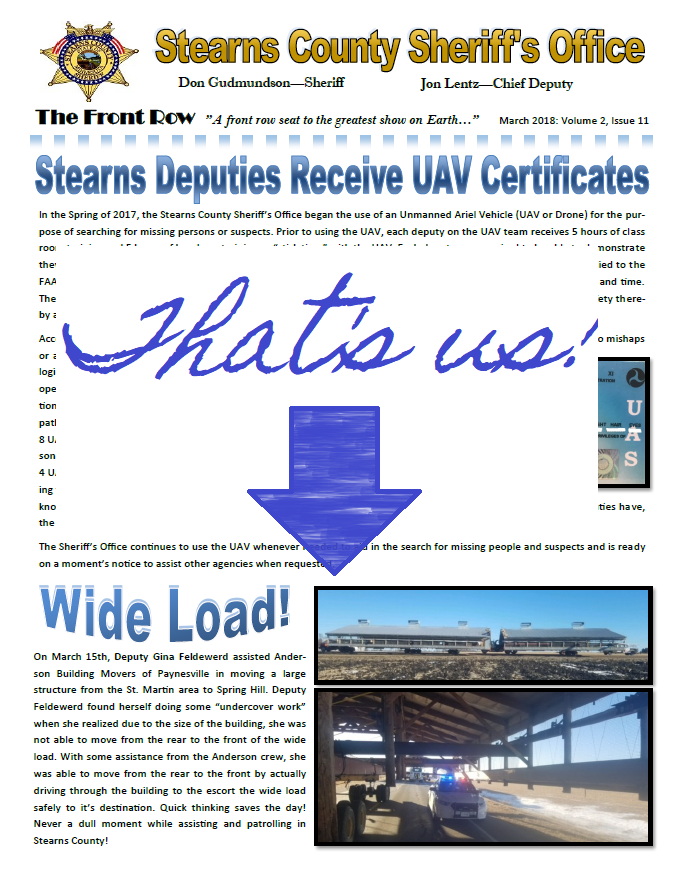 ABM makes it to American broadcast

Our third official MHA award. It is only possible to be awarded once across all categories each year. This year, we took home the award for "Heaviest Wooden Structure Moved" although we qualified in other categories as well. This award will be added to our 2012 "Building Moved the Longest Distance on House Moving Equipment" Award and our 2009 "Tallest Structure Moved" Award!

During the hot summer of 2012, camera crews followed us around a job site for a week as we loaded and moved a huge farmhouse from the Fargo area 60 miles away. What an honor! 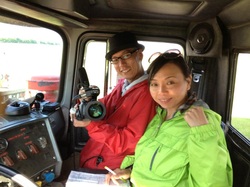 Spring 2012, a Japanese film crew accompanied us on a move in west central Minnesota. This was for a game show, and although we're not exactly sure what the goal for the contestants was, they all seemed shocked that such a thing could be accomplished!

An Interview with Neil Anderson in "The Land"

Being the outgoing and friendly person that he is, Neil struck up a conversation at the 2011 MN State Fair that led to the other guy, who happened to be a writer for The Land magazine, to write an article on Neil's career. 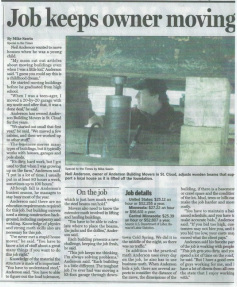 With a cumulative total of over thirty years experience on the crew, Neil has been confidently doing interviews on his career for many years, as this article proves.
UA-20836045-1